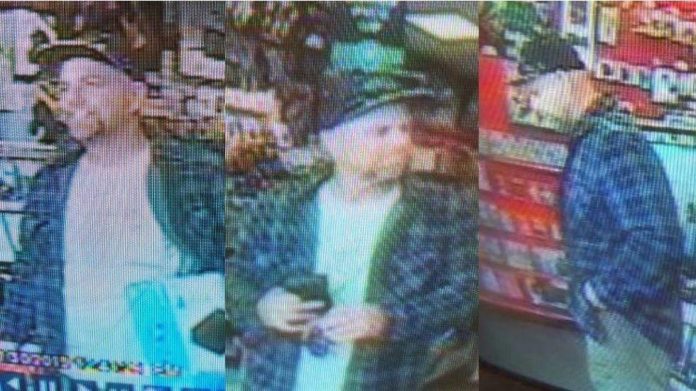 Authorities sought public help Friday to identify a man suspected of stealing a purse last month from an unlocked vehicle and using the stolen credit cards to charge about $7,000 at three stores in Santee.

The suspect stole the purse — which contained cash, a wallet with credit cards and an iPhone 6 — on Jan. 21 in a parking lot at the 24 Hour Fitness in Santee, according to San Diego County Sheriff’s Department officials.

Surveillance photographs show a man suspected of stealing a purse on Jan. 21 in Santee and racking up roughly $7,000 worth of charges on the stolen credit cards.

Surveillance photographs show a man suspected of stealing a purse on Jan. 21 in Santee and racking up roughly $7,000 worth of charges on the stolen credit cards. (Courtesy of San Diego County Crime Stoppers)

He allegedly used the cards at Game Stop, Lowe’s and Best Buy in Santee.

The suspect is described as white, 35 to 45 years old, with a medium build, about 5 feet 8 inches and weighing about 180 pounds. He was last seen wearing a black hat, a dirty white T-shirt, tan pants and a dark blue plaid jacket, and surveillance photographs appeared to show him with a goatee.

Crime Stoppers is offering a reward up to $1,000 for information that leads to an arrest. Tips can be sent anonymously online at sdcrimestoppers.org. 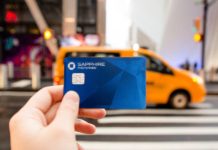