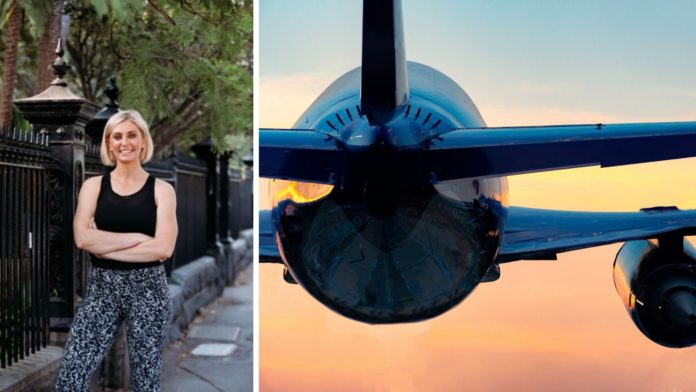 It’s a frugal spender’s dream: upgrade to a business class seat, gain access to exclusive airport lounges and all without having to spend any extra money.

And it’s something 33-year-old Sydney dietitian and small business owner Chloe McLeod has successfully pulled off by leveraging her spending habits and credit cards, while holding herself to account.

A member for eight years now, she often uses the Qantas airport lounges while travelling for work and has even flown first class to Paris with her fiancé using only her points.

How does she do it?

When McLeod got her first credit card, she set the limit for $1,000.

“I felt like that was an amount that was certainly not going to get out of control,” she said.

“Back when I got my first credit card, it was going to be a little while before I was going to hit a limit like that. So that was still going to give me flexibility, and that then also helped me with making sure that I had it paid off every month because the limit wasn’t very big.”

McLeod says that period helped her develop really good habits, and learn how to use the card appropriately.

She considers responsible spending habits a must if you’re considering a credit card – her personal card has an interest rate of 20.74 per cent.

“[You don’t want to] get yourself in a position where you can’t pay it off.”

Now that she has the solid habits in place, McLeod has one easy hack to gain more points: always pay for dinner, the Uber, movie tickets and any other group expenses and just asks friends to transfer her the funds or pay her back.

That way, when she puts her card down to cover the lunch bill for her and her friends, she scores the points on the entire bill, rather than just her own meal.

It’s something American Express airline partnerships and loyalty director Will Thorne agrees with.

“The biggest mistake you can make with a rewards credit card is just saving it for rainy day purchases,” he said.

“Using your credit card to pay for your everyday purchases, rather than a debit card or cash, is a savvy way of earning reward points quickly providing you pay off your balance in full. It’s not about spending more, but re-directing your existing spend through your card to ensure you’re maximising the return.”

McLeod’s last tip is to find the best card for your needs and spending habits.

And, obviously, pay it off every month to avoid what can be quite steep interest charges.

American Express lists the annual fee for the Qantas American Express Premium card at $249, which means that for the one card to be worth it, she needs to redeem at least $249 in benefits.

“The frequent flyer points to me are probably the biggest thing because you can accrue so many different points and being able to either upgrade or get a reward flight using your points so that you’ll be more comfortable on a long haul flight – to me that’s worth what you spend.”

But if you’re not travelling, it’s worth considering if you’re going to get as much of a benefit out of it.

A word of warning

While the perks are appealing, Australians have been known to fall into the habit of racking up unnecessary purchases just to score frequent flyer points.

More than half a million Australians have made such purchases, Finder research has found, with points-chasers spending around $364 million a year in these purchases.

That’s around $624 per person, with most unnecessary purchases falling under foods, drinks and dining out.

“With the incentive of a reward, some cardholders are spending more than normal, which isn’t just counterintuitive, it’s counterproductive,” Finder travel expert Angus Kidman said.

“Credit card rewards do add up for big spenders but splashing out $600 more than you would otherwise in a year, will really cut into your benefit from the points.”

He said spenders are better off ensuring they’re paying off their credit card in full than spending more for points.

“Be sure that your points more than outweighs the cost of earning them,” he said.

“If you are picking a program, consider points-per-dollar value, how easy it is to redeem the rewards and any bonus point offers that apply. Some cards offer more than 100,000 points when you sign up.”

He said consumers should consider rewards the “icing on the cake”.

“If you don’t have the spending habits to make your card worthwhile, consider a card without perks and cut down needless spending.”

Make your money work with Yahoo Finance’s daily newsletter. Sign up here and stay on top of the latest money, news and tech news.

Coronavirus And Mortgage Payment Holidays – What Help Can Home Owners Get?

When Toothbrushes, Typewriters, And Credit Card Machines Form A Band

Coronavirus And Mortgage Payment Holidays – What Help Can Home Owners...

Should You Pay Off Credit Card Debt with a Stimulus Check?

Tips for handling debt while unemployed

Best Credit Cards with No Late Fees of March 2020