One of the most recent ones involved the largest hotel chain in the world, Marriott in which the information of some 500 million people was exposed.

And experts say these large-scale hacks will continue.

Here are three tips to avoid becoming a victim.

Marriott is one of latest hacking victims but massive data breaches don’t shock us the way they used to.

“They’re becoming white noise to a lot of consumers,” said Matt Schulz, with comparecards.com. “There’s just so many of them that they don’t resonate like they used to with people.”

But experts say these privacy breaches should be a wake-up.

So, here are three tips experts say you should follow to protect yourself.

Number one, check your online financial statements for signs of identity theft on your credit cards and bank accounts.

Experts say it’s the only way to really find out if someone has stolen your identity.

“If you have time to check Facebook and Instagram ten times a day, you have plenty of time to do identity theft checks. It’s really important,” said Schulz.

And tip three get a credit freeze.

“It’s the nuclear option of identity theft protection. And what it does is it keeps somebody including you from acquiring credit in your name,” said Schulz.

And remember, change your passwords often and don’t repeat it for every account.

“You don’t want to make bad guy’s job any easier than they already are,” said Matt Schulz. 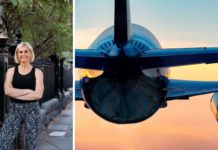